After an absence of 3 years, I am back at Newark Air Museum for another nighttime photography shoot. I was last here for an event like this in March of 2019.

I arrived at the museum before the event was due to start so I could have a walk around and capture some images during the afternoon. Because the weather was nice and sunny, there wasn't much detail in the sky during the afternoon. Most of the photos I took featured a blue sky with harsh light. To make the final images more interesting, I used a feature in Photoshop called "Sky Replacement".

Below are the before and after images. 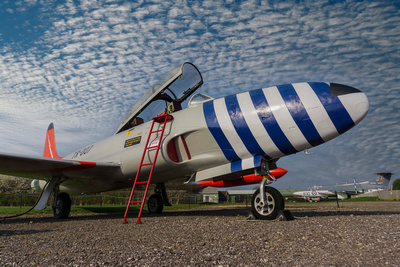 The photography event was due to start when the museum had closed to the public at 17:00hrs. We would then have 45 minutes before a briefing to have something to eat, move our vehicles from the car park to a parking area behind one of the hangars, and walk around the museum taking some more photos. 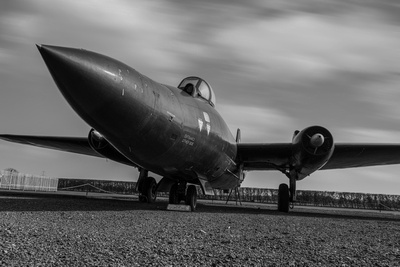 After the briefing, we had the opportunity to capture some images of static aircraft during sunset.

Below are a couple of images from the photoshoot with the re-enactors. 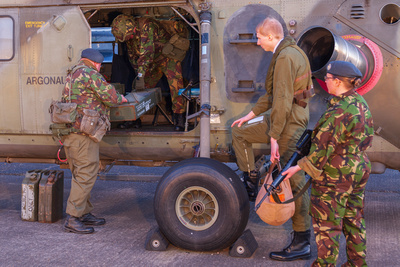 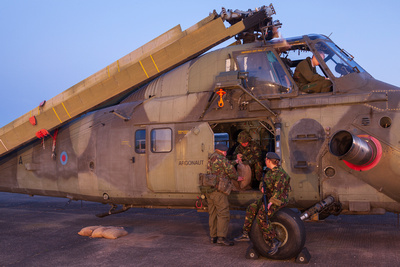 It was back to the Lockheed T-33 next as they had switched on the lamps to illuminate the aircraft where I took the opportunity to take some images as there was still a hint of colour in the sky from the setting sun. 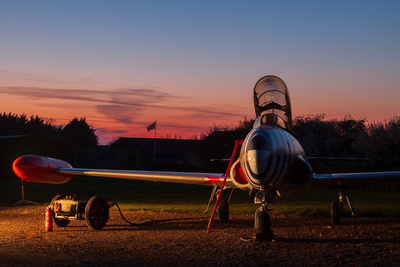 After taking the above photo, I  decided to walk around the museum grounds as I wanted to find some other aircraft to photograph. It was due to other photographers staying to photograph the T-33 with a re-enactor.

It was getting darker on the museum grounds with blue hour fast approaching. It was time to photograph some static aircraft against the blue sky and try some light painting. 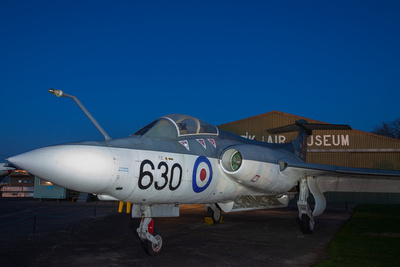 Sadly I had to leave a couple of hours before the event had finished. I did miss out on a few other staged scenarios and photo opportunities.

If you would like to watch a POV BTS video from my visit, you can do so by clicking here.