On Friday 22nd April 2022, I return to The Lincolnshire Aviation Heritage Centre in East Kirkby for an evening and night time photoshoot with their Lancaster Bomber, organised by Timeline Events.

The main event started at 17:30hrs, but photographers taking part were allowed to arrive early and spend some time looking around the centre and taking some photos.

Below are two images showing the Lancaster Bomber with two Peugeot cars. The first image is the original, and the second image features added sky from Photoshop. The sun was out with the skies above blue, but this lacked detail. To make the image interesting to the viewer was the reason the second image was published. 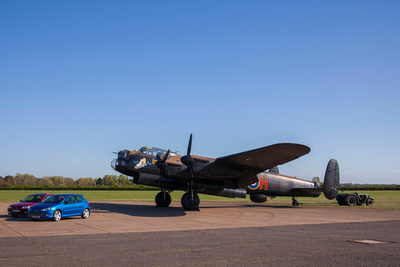 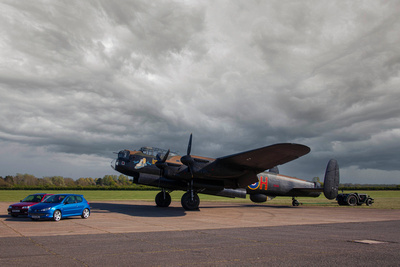 The event started with a short briefing by Neil from Timeline Events which consisted of health and safety rules and what would be happening during the evening and night. 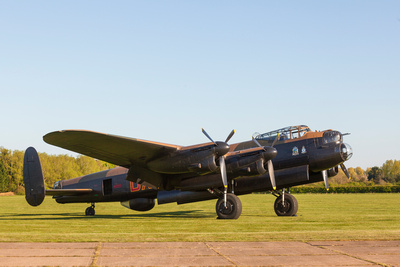 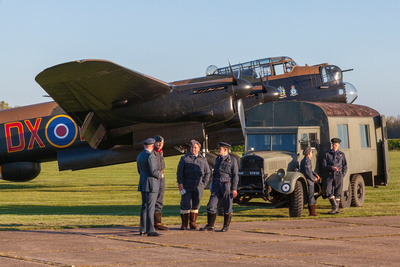 It was then time for the first engine run of the evening. 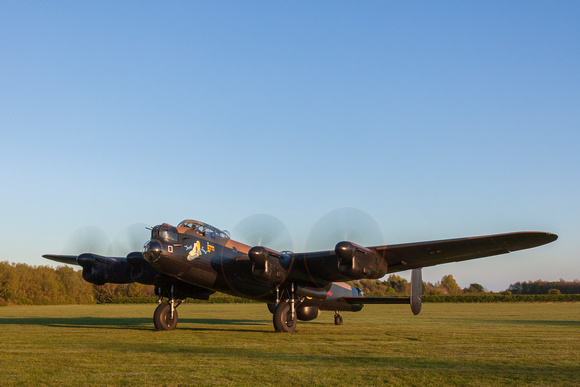 After the first engine run, we only had a short amount of time left as the sun was setting to capture some images with the crew and Lancaster Bomber. 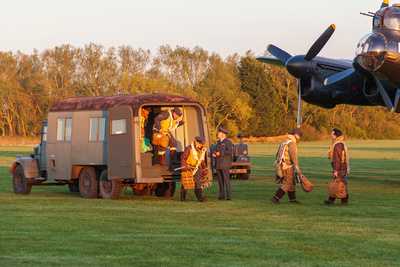 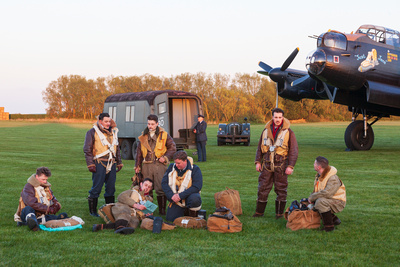 With all the warm light from the setting sun gone, we used the remaining time left with daylight to capture more images with the re-enactors and Lancaster.

During the twilight blue hour, it was time for the second engine run of the evening. 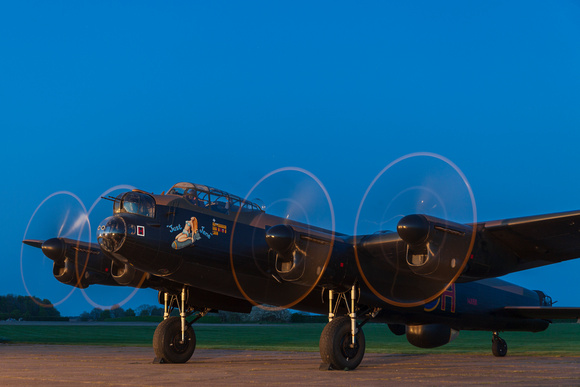 The remainder of the evening featured a couple of static scenarios with the re-enactors featuring the crew bus and mobile canteen wagon. There was also the opportunity to capture some night time static shots of the Lancaster. 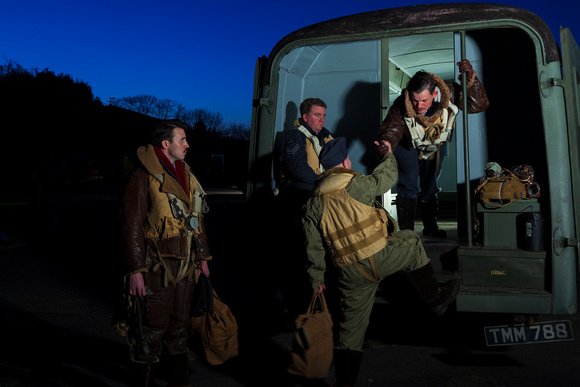 Before the end of the night, there was one more opportunity to take some images of the  Lancaster with the crew walking away from us and then back towards us. I used this opportunity to create an image representing a ghostly crew. 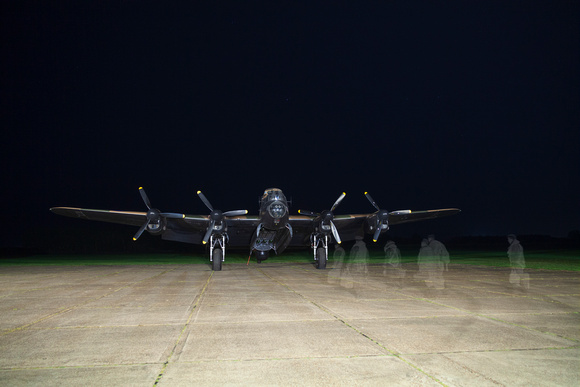 To view all images taken during the photo shoot, please click here.