There's a new bridge in Hull and is bringing people out and it's called "Murdoch's Connection". They started at the end of 2018 and finally opened in 2021. It is one thing along the A63 Castle Street to help ease the traffic chaos.

On the evening of 6th March, I visited the bridge to see what photos I could take and look for future compositions when all the building work is complete.

I started at the Marina looking for compositions due to people on the bridge. I spotted a nice reflection in the water, but sadly a traffic cone had been discarded into the water. 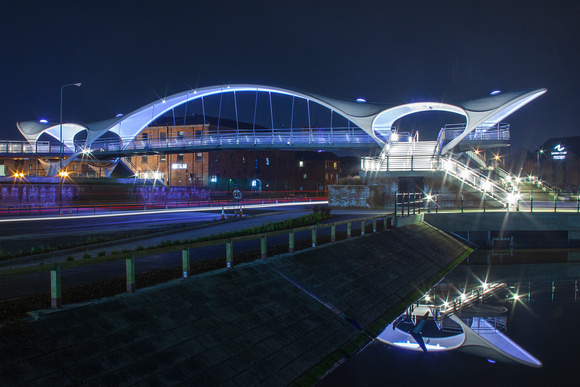 Keeping along the side of the Marina,  I still wanted to find compositions that, at the time of filming I hadn't seen before. I found an image I liked which involved using a mooring as foreground interest and capturing the reflection of the bridge in the water. 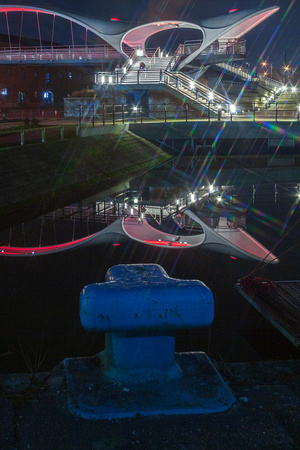 Before walking up onto "Murdoch's Connection", I found a couple of compositions next to the road. Using another mooring and part of a wall as some foreground interest, I waited as some traffic drove under the bridge. Because I was taking a long exposure image, this created some nice light trails. 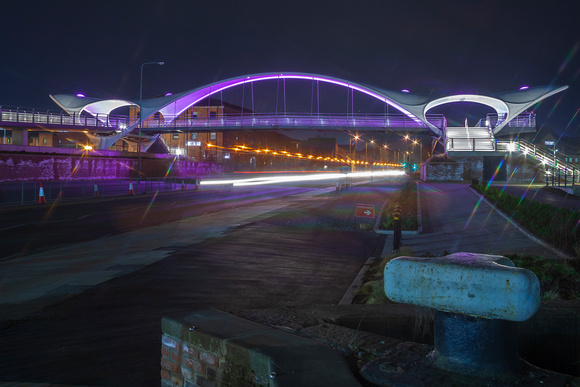 Standing on the bridge, I took a series of images looking across the walkway towards Princes Quay and captured the different colour changing lights. 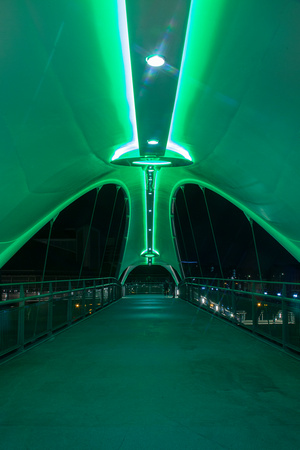 My final composition of the evening involved using the path leading up to the bridge next to Princes Quay shopping centre. Using the path as a leading line, which was illuminated with side lighting, took the viewers eye up towards the start of the bridge. This is a composition I also wanted to capture before the trees that they had planted grew too big, and this composition may not be possible in the future, or it would have a different look completely. 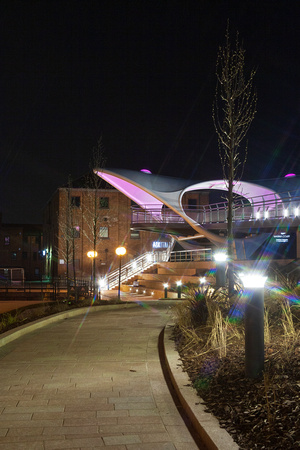