On wednesday 5th of August, I decided to take a drive to Humberside Airport to see if there was any activity so I could freshen up on my aviation photography skills. It has been a while since I last photographed planes due to no airshows this year. When I arrived, I noticed that one of the HM Coastguard Sikorsky S-92A was being pulled out from the hangar. Not knowing if this was getting ready to take off, I parked up and waited. After about 20 minutes of waiting, the Sikorsky S-92A started it's engines and prepared for take off. On this occasion I decided to film it rather than take any photos. I knew this would be returning at some point during the afternoon and that I could try photographing it then.

When I pulled up near the airport there were a few cars already parked up. It made me wonder if something was going on, as it is normally very quiet. More cars started to arrive as well as more photographers. When I looked up in the sky towards the flight path I saw it, and then knew why it was busy. A Airbus A400M from the RAF was approaching and would be doing a series of "Touch & Go".

The A400 was flown by Seb Davey, flying instructor and display pilot for Dakota and Lancaster from the BBMF based at RAF Coningsby. We were lucky to see a few loops of the airport which gave me several opportunity to take some photos and also film. Knowing he would be doing a few circuits also gave me the opportunity to try shooting at different shutter speeds. I started at 1/200th sec working my way down to 1/160th sec all the way down to an adventurous 1/50th sec. Sadly all the 1/50th sec shots were too blurred.

My ISO was set to auto which was programmed from 100 to 400. I was shooting in Shutter Priority mode so I could control the shutter speed. I was also in AI Servo, and shooting at high speed continuous on my Canon 7D.

Weather wise was also on our side as even thou it was cloudy, we did get some nice sunny spell and blue sky during the "Touch & Go" which helped when taking the images.

Below is a couple of images taken from the afternoon. Both taken with a shutter speed of 1/200th sec. 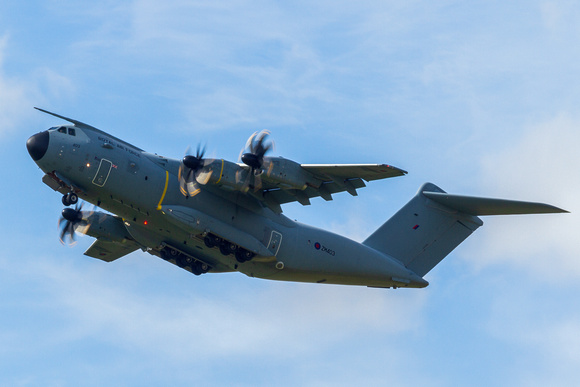 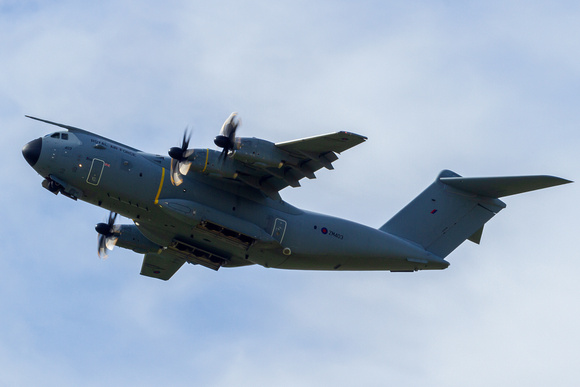 After the A400M had finished it's exercise, the area went back to normal as everyone started to leave. I waited for the HM Coastguard Sikorsky S-92A to return. During my wait the weather had turned, and dark clouds and rain had developed. It wasn't long before the Coastguard was returning and I had a good view. I did manage to capture a photo as it approached. Sadly due to the sky and light conditions it isn't the best. 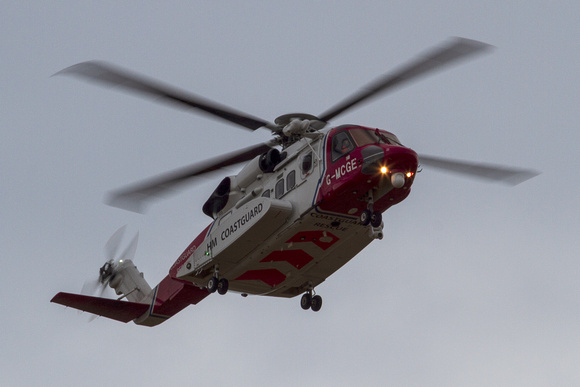 Below is a short video I also filmed during my visit.