Creative photography indoors has always been popular, and since lock down has been even more popular as most of us photographers haven't been able to get out to take photos.

During lock down I was thinking of an idea, and at the time of writing this blog I don't think I have seen the same, or similar. I am not saying this hasn't been done, but I have yet to find any images the same.

My idea came after drinking from a glass Coca Cola bottle, (other brands are available) and once I had finished I thought to my self, "I could create an image with this bottle". However I went a little bit further and used not one, nor two, but ten glass bottles.

The idea was to take an image of these bottles using off camera flash. The flash would illuminate the bottles creating an image. But rather than using just the flash, I would add different colour gels to the flash to help create my images.

To create the images I would need the following:

The basic set up for this shoot can be seen in the image below. 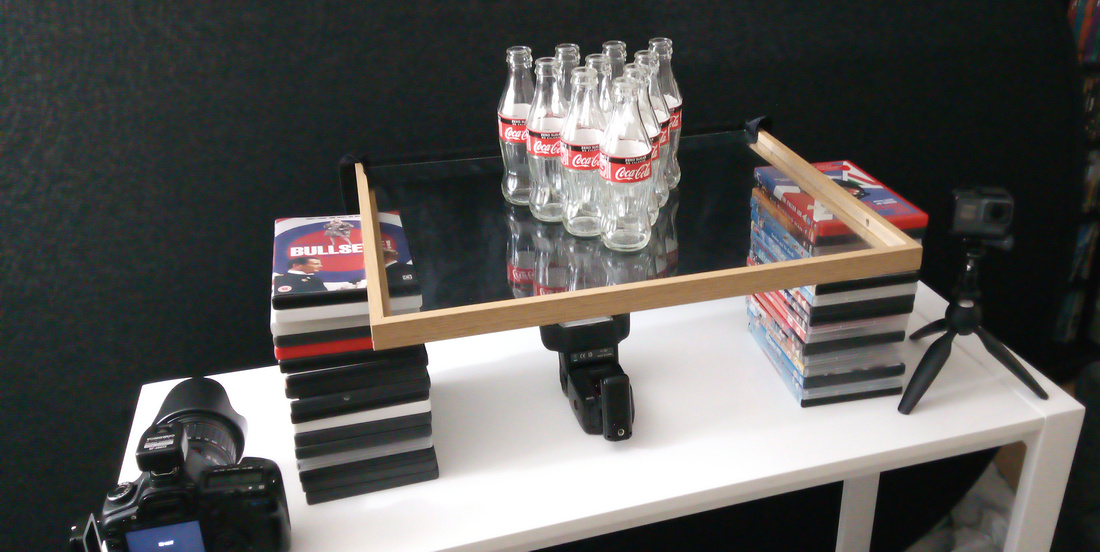 With everything set up I was ready to start taking some photos. The camera was set to manual mode and the shutter speed was set to 1/200th sec, and the aperture was set to f/5.6. The flash would be triggered by using a transmitter attached to camera, and the receiver attached to the bottom of the flash.

Taking a shot directly looking at the bottles didn't work. Apart from the image looking a little boring, I didn't like seeing the glass platform, and I was also capturing the back of the frame. 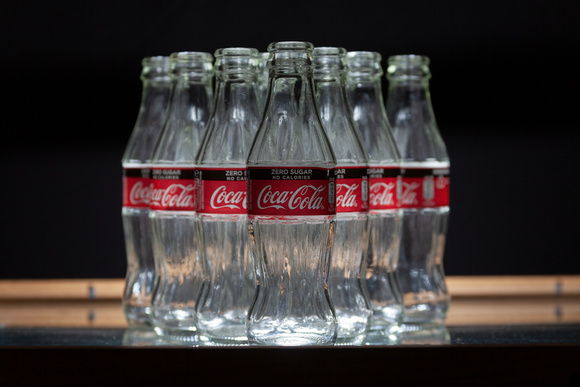 After a little time, I decided to take the images from a low down point of view looking up. I also tilted the camera to help create a creative looking image. Once I was happy with the results I was getting, I started to add the different colour gels to the flash. 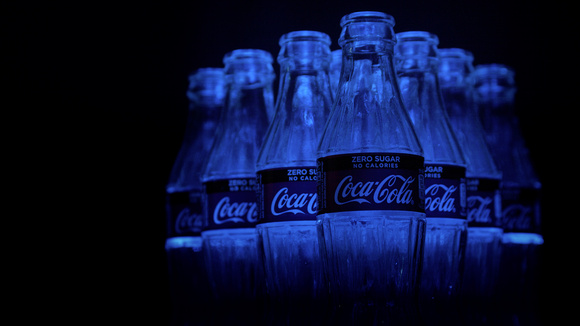 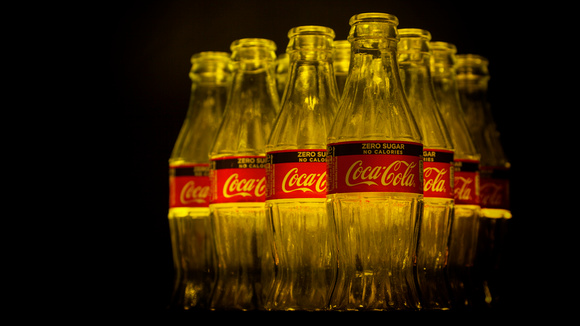 I decided to also try something else using these glass bottles and some glow sticks. This time only using 4 glass bottles lined up, I placed a glow stick in each bottle to see what effect this would have. I wasn't disappointed with the results. I have also had some very positive feedback from the image below. 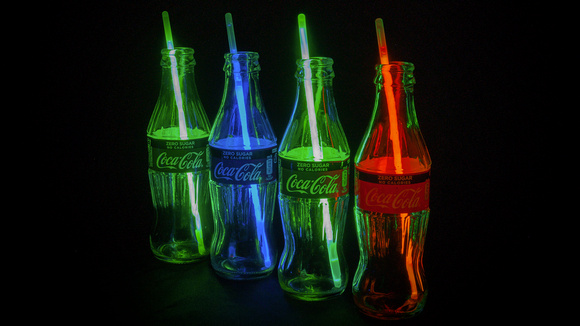 But my creative side still wasn't happy, and I had one more play about.But this time it was in Photoshop where I added some smoke from a previous photo shoot, and added it to one of the images I took. By carefully blending the two layers together in Photoshop, I created an image where it looks like the smoke is rising out of the bottle. 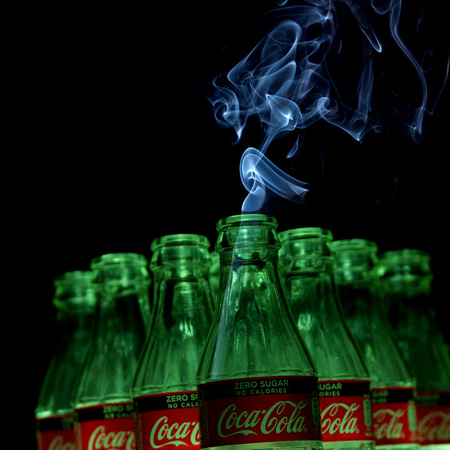