An Evening of Photography at Stone Creek.

On 19th May 2020 I decided to take a drive out to Stone Creek which is situated along the bank of the Humber in East Yorkshire. The plan was to go for a walk and get some exercise and then spend a couple of hours taking some photos and seeing if I could capture a sunset image.

On my arrival,I was shocked at how many people there were already at this location. There were cars parked up, and families walking along the grass banks close to the Humber. With this in mind I set up on a little bridge that covers the Ottringham Drain, and looked out towards the Humber. The tide was going out on this evening, so I knew that in a couple of hours the water level would drop, and the boats that were a float would be resting on the muddy bank. With a few clouds in the sky, and water level still quite high I took my first image. 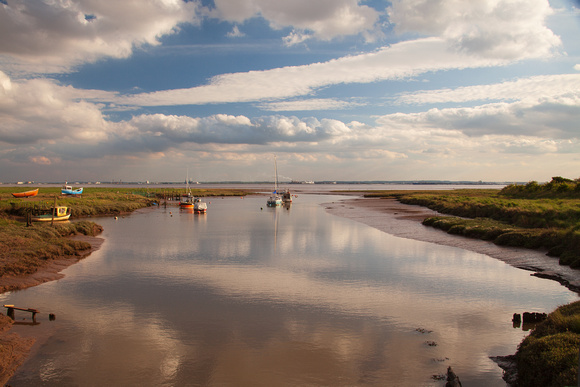 For another image, I wanted to try something different.I managed to find a composition where I used some yellow rapeseed in the foreground with part of a stone wall. Behind that was the boats from the previous image. When taking the image I wasn't too sure how it would work out, but once home and editing the image on the PC I was really happy with it. 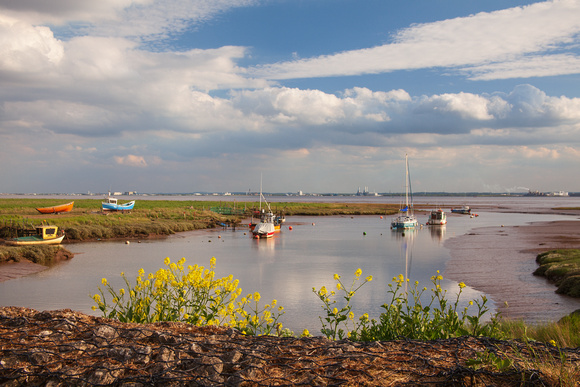 Sunset didn't look like it was going to happen, as the clouds that were in the sky soon disappeared. The hope of any colour in the sky also didn't look promising. I did venture down and stand below the road bridge where I was to begin with, and I did find a composition. The only issue was most of the light had gone and with the scene being dark I had to take multiple exposures and create an HDR image. 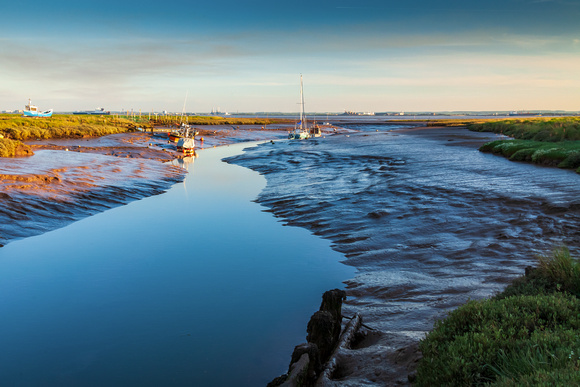 After taking the above image, I was about to pack up when I was informed that a P&O ferry was leaving Hull. I thought I would try and capture an image as it passed. For this I returned to higher ground and got my composition ready using one of the boats. The plan was to have that in the image as the ferry passed. The issue I was now faced with was, by the time the ferry would pass my location I would have lost all the light from the setting sun. The area would also be fairly dark. So for this shot I had to use a very high ISO, to have a fast enough shutter speed so the ferry wouldn't be blurred. The image came out ok, but not how I would have like it to have been. 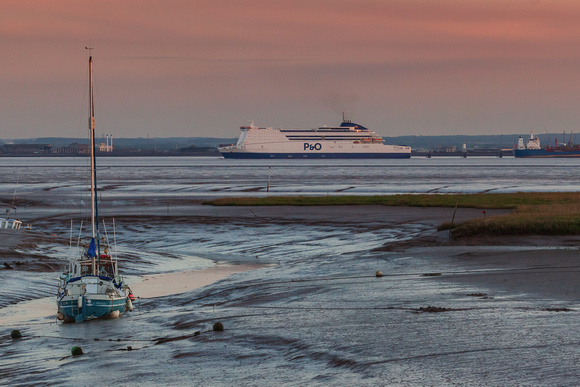