Sunday 5th May 2019 was my first visit to a classic car show that I had only found out about a few days before. This event was called Classic Motor Show and Family Fun Day or better known as Catton Hall Classic Car Show. The event is organised by Gemini Events Classic Motor Shows and it was held in the grounds of Catton Hall, Alrewas, Derbyshire and in this blog, I will be totally honest about the location and the car show as an event.

Firstly a little about the event and the location. Catton Hall and Gardens is a private estate located next to the River Trent with 250 acres of parkland which people can use for public events.

The event ran from 11 am till 4 pm advertising up to 700 classic motors including pre and post-war, American and military plus classic motorcycles and modified motors. The admission prices being as follows:
Adults £8
Children 4-16 years £4
Family Ticket 2 adults and 2 children £20

I will leave my review of the event towards the end of this blog.

Between where visitors parked their cars and the cars on display was a section with stalls featuring people selling items.

Around the grounds the cars were parked up, and situated in the middle of the grounds was a small arena where throughout the day there would be different categories for owners to drive in and tell the crowd a little bit about their vehicle with the help of a commentator and the chance of winning a prize. Sadly there was nothing I could find listing what would be in the arena and at what time which was a little bit of a disappointment. The kind of categories which took place in the arena were pre 1930s vehicles, the loudest vehicle, tractors from Tamworth Tired Tractors, Rolls Royce and a few other which if I am honest I didn't really watch. I will explain why later in this blog.

Below is a photo of a Rolls Royce featured in the arena. 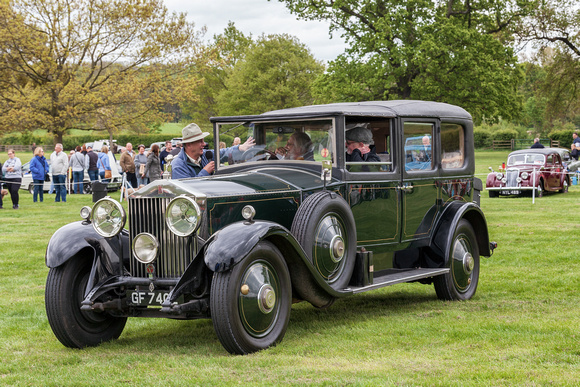 With missing the first or maybe second arena event due to the lack of listings, the next event in the arena was for pre-1930's vehicles. This went up to pre 1940's vehicles as there didn't seem to be a lot of owners willing to enter this part of the show. Out of all the pre-1940's vehicles on display during the day only two decided to enter the arena.

It was at this point, I decided to go for a walk around the grounds to see what other vehicles were on display and also take some photos. It was at this moment when I noticed hidden in the far corner by the exit, parked next to a few cars was a De Lorean which was made famous in one of my favourite 1980's film "Back To The Future". 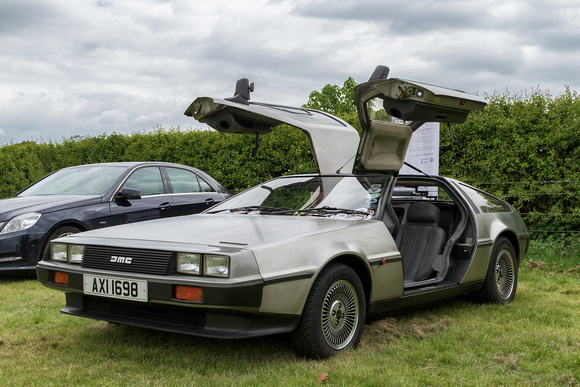 Nearby were a few more American cars parked next to each other away from the main show which made it a lot easier to take some nice clean images.

I continued my walk around the ground looking at the cars and taking photos. As I was walking around something got my attention which was big and yellow. On investigating it turned out to be a fire engine which was used at Birmingham Airport which was parked next to a DENNIS Sabre XL Fire Appliance. 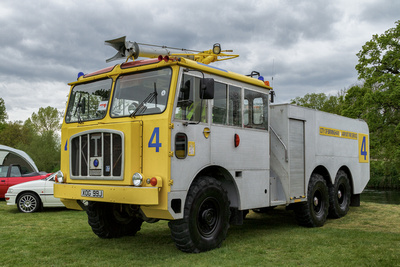 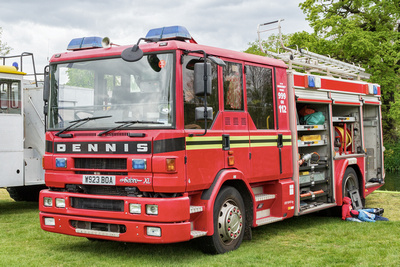 On completing my circuit of the grounds I made my way back to the arena for the loudest car event. But if I am honest, I lost interest and before moving on took a quick image of someone standing on top of their vehicle dressed as a pirate. Why not? 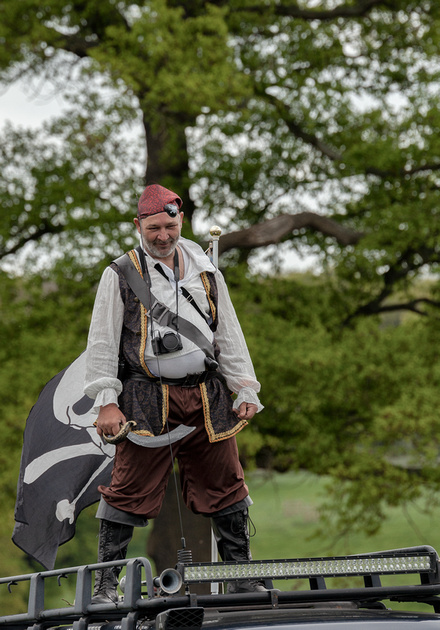 I decided to do another few laps of the grounds as I had noticed a few cars had left which made it easier for me to take some photos without messy backgrounds. After managing to capture a series of images I decided to make my way near the exit and photograph and film some of the cars leaving the grounds. This was also another good opportunity to take some panning shots. 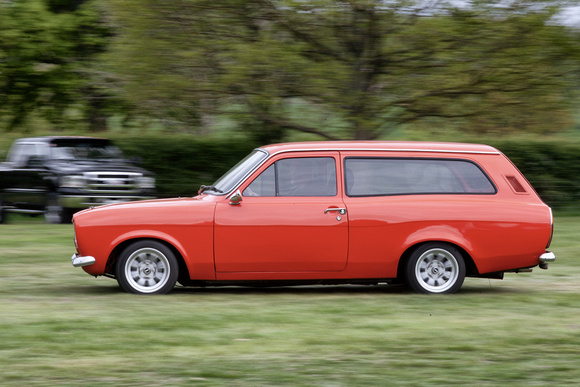 Around about 3.30 pm I decided to make my way back to the car and head home as the atmosphere for my liking had dropped even more and a lot of the interesting vehicles had already left while others were packing up getting ready to leave.

So why was this event disappointing?

I will try and make this as brief as possible, and this is only based on my personal views. Firstly the lack of signs directing you to the grounds and where the entry to the car park was. Normally events like this have large yellow signs from both directions letting visitors know where to go. But all I saw was one tiny sign opposite the entry gate.

I had arrived just after 11.30 am so I was also a little bit shocked to see cars leaving the grounds within the first hour of being there. I understand if the owners of these vehicles have to leave due to an emergency, but otherwise, they should all remain on site until the end of the day for the paying public.

Some of the cars on display were parked a distance away from the main show, and at a quick glance, you couldn't tell if they were part of the show or visitors cars parked up. The only good thing about these cars was it made if so easy to take some nice images without anyone in a shot, or other vehicles in the background.

The lack of information about what was being performed in the arena was another let down and I wondered if that was why sometimes there wasn't many vehicles taking part during certain events in the arena. It also sounded like the commentator was making things up on the spot rather than it all being planned. Normally when I visit these events they have a listing of times for the public telling us what will be in the arena.

Now this one isn't aimed at the organisers, but it is something worth noting and that is the overpriced food and drink stalls which you get at these events.

I just felt that the overall event was a little messy which was a shame as there were some lovely classic cars there. I would like to thank all the owners of these vehicles for attending during the day for us the public to get the chance to have a look at their pride and joy as well as photograph them. Without the owners of these vehicles, these events wouldn't be able to take place.

If you would like to see the photos I took from my day you can do so by clicking here.

Below is a video from my day at the event which is also on my event YouTube channel. Feel free to have a look and subscribe.