Against The Odds War Time Event at The Yorkshire Air Museum 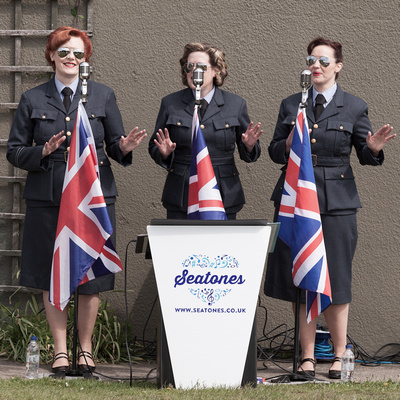 The weekend of 11th and 12th May saw the grounds of The Yorkshire Air Museum in Elvington, near York come back to life with the sites and sounds of the 1940s during the second world war. This was made possible with the help of re-enactors dressed in authentic attire, and a flypast from a Spitfire from the Battle Of Britain Memorial Flight based at R.A.F Coningsby in Lincolnshire.

My visit to the event was on Saturday and we were blessed with some lovely sunny weather up until the early afternoon. As usual, there was plenty to see and do for the whole family. The Seatones were singing live outside the NAFFI, the York Vintage Dance Group were close by performing, and the main star of the event The Halifax Bomber known as Friday the 13th was positioned in the middle of the grounds bathing in the sunshine.

I spent the majority of the morning around the Halifax Bomber as it made for some good photo opportunities with the re-enactors dressed in R.A.F attire and full bomber dress. After taking some photos of the crew getting kitted up, they positioned themselves in front of the Halifax Bomber for the opportunity for the public to take some photos. I admit it was a little bit of a scrum at some stages with everyone trying to take their photos. 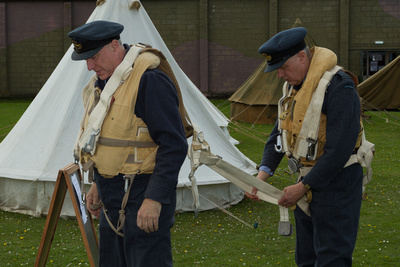 In front of the Halifax Bomber were some vintage vehicles, and next to them was HMS Vernon which was a talk and demonstration on how to defuse land mines. 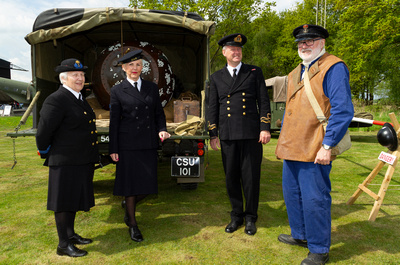 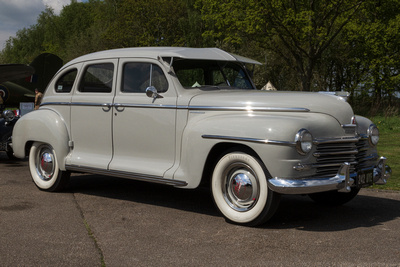 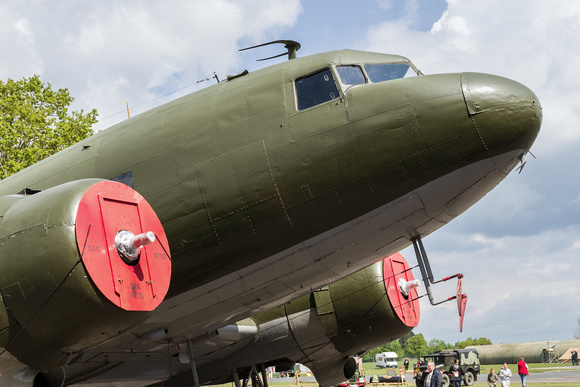 Close to the control tower were the British Army B Company 2nd East Yorkshire Regiment Reenactors. 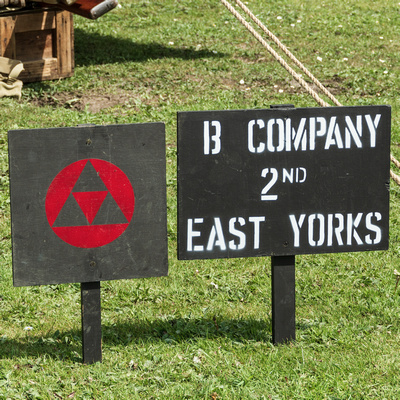 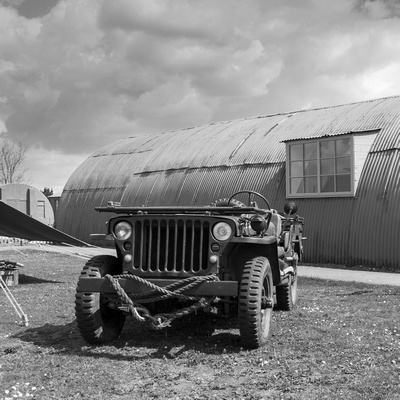 At 1.15pm everyone started to make their way to the center of the museum grounds as it was almost time for the flypast from the Battle Of Britain Memorial Flight Spitfire.

After the flypast I made my way back towards the Halifax Bomber where the R.A.F re-enactors were just setting up a game of cricket which was a joy and a laugh both to watch and photograph, especially when the cricket ball headed in our direction. 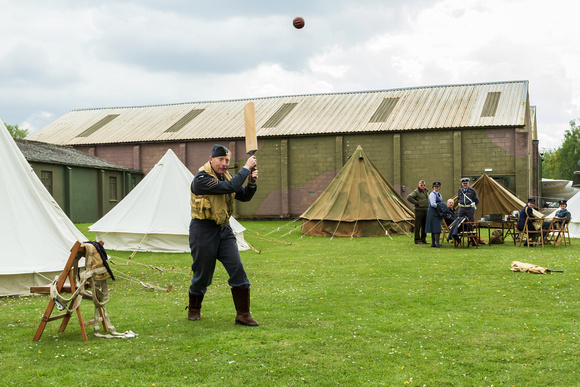 At 2 pm I decided to visit the chapel to watch the 158 Squadron Halifax Mission Briefing – Halifax Friday the Thirteenth F for Freddie, the D-Day Mission over Grandcamp Maisy in France.

I had a good day at this years event, however one thing I think would have improved it was if they relocated the Halifax Bomber somewhere else, or even next to the Canadian Hanger where it was in 2018. This would have helped when taking photos trying to keep them looking more like they were from the 1940's not 2019 in a museum. The background sometimes had visitors in shot, and also the ropes around the aircraft kind of spoiled some photos.

More photos from the event are available by clicking here. Below is a video I filmed which is on my event YouTube channel. Feel free to subscribe to my channel for future videos.