On Saturday 9th March 2019, the Newark Air Museum held a photography night shoot. I believe this is the first time the museum has held an event like this since 2013. The cost of the ticket was £30 and this gave ticket holders the chance to visit the museum and exhibits during the day before the event started. Money raised from ticket sales went towards the running costs of the museum and any restoration work to the exhibits.

The museum would close as normal at 5 pm, and between 5 pm and 5.45pm preparations would commence for the night event. This involved all participants moving their cars from the main car park, to behind hangar number 2 on the museum grounds. This was because the main gates to the car park approach road would be locked, so exit from the museum after the event would be via their gate leading onto Drove Lane. Staff would be locking up areas of the museum that was not going to be in use and also assisting any late comers with parking. They would also be getting lighting and the aircraft we were going to be using ready and moved into position as well as removing any rope or signs that were around the exhibits. This gave us some extra time to wander around taking photos. 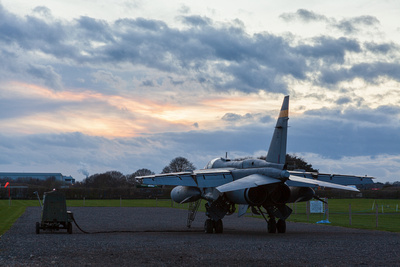 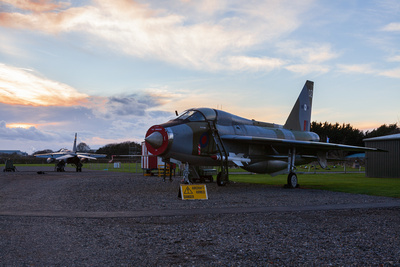 At 5.45pm we had our briefing in the cafe on the Southfield Site which involved a run through of the timings for each aircraft that was going to be lit, as well as the usual health and safety warnings. The event officially started at 6.30pm with the Jaguar T.2 being lit up as well as the Fairey Gannet AEW.3  and Sea Vixen. We were lucky to have a little bit of sun breaking through the clouds, but nothing really special in the way of a sunset. 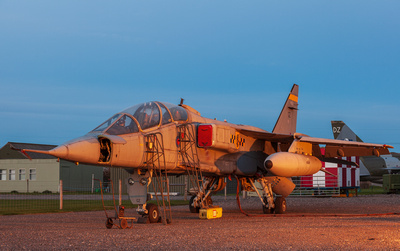 The evening consisted of 4 main aircraft being used which were the Jaguar T2, English Electric Lightning, Buccaneer S1 and Cessna 310. These were lit up at certain times during the night for a set amount of time.

There was also pop in photo opportunities with other aircraft which were the Avro Shackelton, Vulcan Bomber, Fairey Gannet and Sea Vixen. These would be lit up for most of the evening for us to photograph.

Later in the evening, there was also an opportunity for some photography with re-enactors with the Buccaneer S1, Jaguar T2 and the English Electric Lightning. 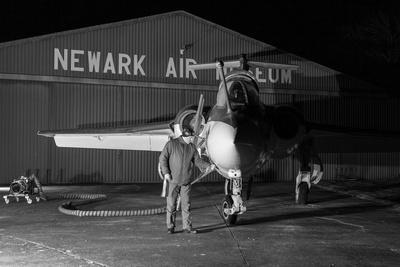 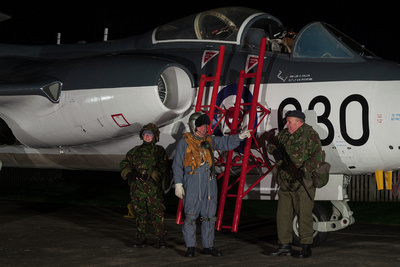 The event went well and was really enjoyable and is always nice to photograph these exhibits after hours, without the ropes around them and with re-enactors. We even had the chance to do some light painting on exhibits not being used, as long as we didn't interfere with anyone taking photos. 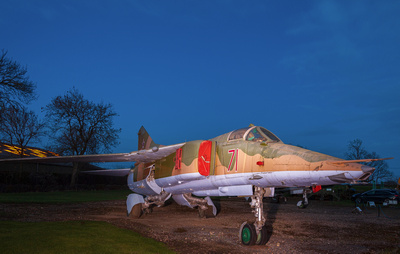 Sadly there was a couple of issues which didn't help with the photography side of things, but it wasn't down to the museum. Sadly behind the Sea Vixen were some cranes in the distance, so any photo opportunity featuring this aircraft would be ruined with a messy background as seen in the image below. 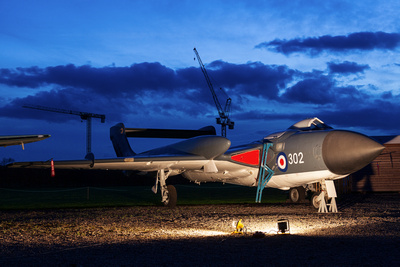 I would recommend this event to anyone if they decided to hold another event which I am hoping they do. I have already contacted the museum asking about future events and below is their reply on Twitter....

To view photos I took during the event click here

To find out more about the museum head over to their website www.newarkairmuseum.org