On the 16th and 18th October, I went out to take some night time photography with a mission to stay away from the usual cityscape shots. I decided to drive around East Yorkshire and see if I could find a few compositions that would work.

In this blog, I will let you know the locations for the images in my recent YouTube vlog "Night Photography - Staying Away From CityScapes", which is also below.

The first location was some transmitters which are located between South Cave and Riplingham on the Yorkshire Wolds. Travelling along the A63 you will need the exit marked "South Cave A1034". Take the A1034  into South Cave and keep driving until you see a "Boots" on the left-hand side. Opposite Boots and just before the crossing turn right into Beverley Road. This road will start as a housing estate then eventually will become a country road bending its way through the trees.

Towards the top on the left-hand side, you will pass a small layby where the road will become known as Comberdale Hill. Shortly after this, there will be a sharp right bend. Follow the road around and keep driving where you will then be able to see the transmitters. Next to the transmitters is a small area where you can park, and is also the location I took the photo below. 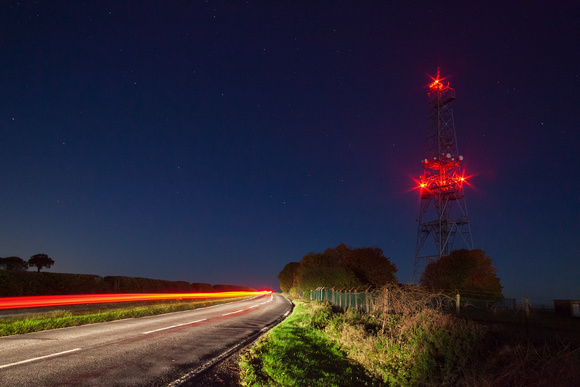 The location for the second image below is "158th Squadron Memorial" in Lissett. 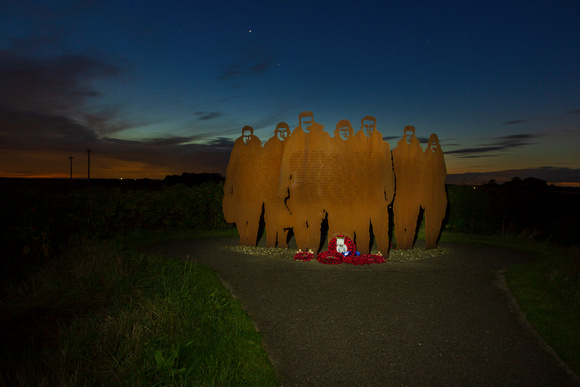 This is an easy location to find and is situated between Beeford and Fraisthorpe along the A165. Travelling south passing Fraisthorpe you will soon come to a right-hand bend with a restaurant called "Amici" (correct of publication of this blog). Keep following the road and take the first right onto Fisher Lane. Keep driving down this road where it will bend to the right into Gransmoor Road, and the memorial is located approximately 300 metres on the left-hand side. There is a layby with plenty of room for a few cars with also an information board about the memorial.

My final location is a church called All Saints and is on Meaux Lane, Routh.

I will direct you to this location as if you are leaving the memorial at Lissett. Turn round and travel back to the A165 and when you return at the junction turn right. Keep following the A165 south until you reach a roundabout called "Brandesburton Roundabout". Continue straight at this roundabout and continue south down the A165 until you come to another roundabout called "Leven Roundabout". Go straight on at this roundabout following the A165 until you will reach a third roundabout called "White Cross Roundabout". Go straight on again and this will take you onto the A1035 towards Beverley. Keep driving and you will soon pass on your right a pub called Nags Head, followed by a used car garage called R B 2000. Once you pass the garage turn left onto Meaux Lane, and the field where I parked is about 200 metres on your right. There are no signs saying no parking, but please note you could be asked to move on, or not to park on the field.